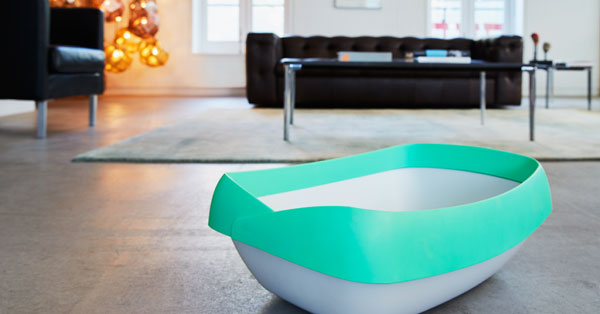 Luup is a cat litter box that tries to make cleanup even easier. Plus, you can get up to 50% off shipping on the Luup page located here.

This deal is not for a discount on the cat box itself, but for shipping. If you visit this Luup page here, you’ll see that there are price breaks up to 50% off for shipping.

There isn’t currently a Luup coupon code just for the box (that we know of), so your best bet is to get some friends together a buy a few Luups all in one order.

The Luup was originally funded by a successful Indiegogo campaign. It promised a much easier, quicker cleanup for cat owners. And the design and style was second to none in the cat litter box market (who doesn’t love that shade of green?).

However, there have definitely been differing opinions on whether Luup has delivered what they promised. We did a massive overview of comments from actual customers (across the web) and consolidated what we found.

Customers who love it: From many customers, we’ve heard that not only does the Luup look great in their house, but it does in fact make cleanup easier. It also is bigger than previous cat boxes, meaning your mondo kitty can use it with ease.

Customers who aren’t so sold on it: On the other side, we’ve heard from cat owners who claim that unless your cat is a model litter box user, you’re going to have some problems. Issues seem to occur most often when cats have been urinating on the inner walls of the box. This causes a mess that can’t just be lifted and sifted—you have to actually clean the wall, or else you’re going to be stacking clean boxes on top of gross ones, and the underside of your litter box will eventually get covered in mess.

The other complaint occurs when smaller chunks are not sifted. The slits at the bottom of the Luup sifter are large enough to let through smaller chunks, so after awhile of not changing the litter completely, you’ll end up with mini chunky dirty litter pebbles.

Summary: As long as your cat isn’t a wall pee-er, and you change the litter out semi-regularly, the Luup could be a good option if you want a great looking litter box in your house. It would also be a great option for someone with an outdoor cat who usually goes outdoors, but sometimes has a late night trip to the litter box.