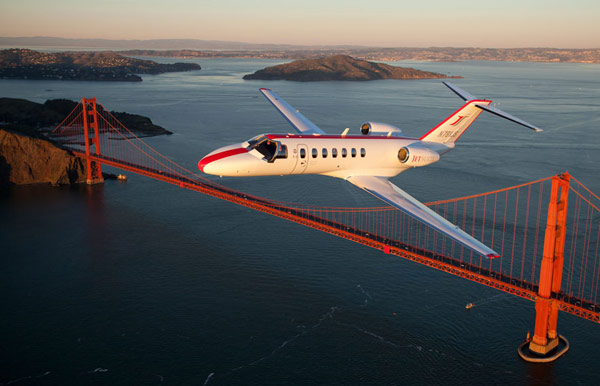 JetSuite allows you to book seats on short-distance chartered flights between small airports in the Southwest! Get a $20 credit with the JetSuite promo code SK1PQO. 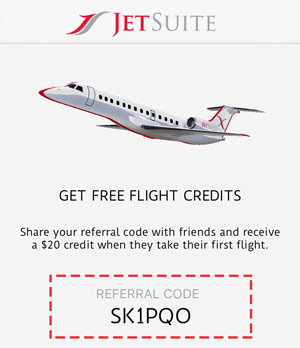 Get $20 free credit when you use the JetSuite promo code SK1PQO during signup. You can apply the discount at any point for any flight you like. With one-way tickets starting as low as $29 one way (that’s the flight between Santa Monica and Carlsbad), you can’t go wrong.

I do feel like I saw that you can only use the credit on flights over $129, but I can’t find that stipulation again. I just have a hunch I saw it. If you find out if that’s true, let me know in the comments below.

JetSuite is an awesome site for booking seats on chartered jets. Flight prices are SUPER reasonable, and you save time by flying through smaller airports.

When I first found JetSuite, I was sure I was in the wrong place. I assumed all the flights were for wealthy people, or for fancy businessmen. But the prices made me look twice. I mean, a flight to Vegas from Santa Monica was only $99 one way. That is not much different than the price on Southwest from LAX—and it’d be a ton less hassle (and faster)!

Currently, it looks like they only serve a few airports:

However, I personally live pretty near Santa Monica airport. I’ve never actually taken a commercial flight out of it before, so I have my eye on the Vegas flights. Might be going there sooner than I’d planned!

The JetSuite Refer a Friend Program

I actually found out about JetSuite through someone I was following on Instagram. They shared an image with their JetSuite promo code on it (like the one above). Intrigued, I checked into what it was and was pleasantly surprised. Plus, they had a refer a friend program that allows you to earn additional $20 credits for every new friend who signs up and books a flight! 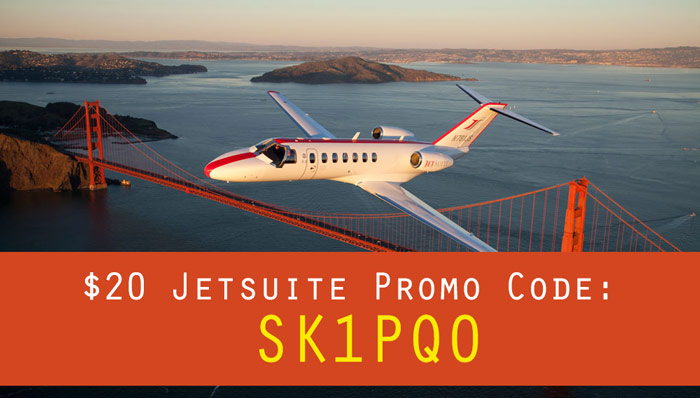 First, use the coupon code SK1PQO.

Every JetSuite flight comes with some amazing perks. For one, all seats come with business-class legroom and leather seats. There is free Wifi and inflight entertainment. You have access to complimentary gourmet snacks, as well as drinks—like wine, beer, or cocktails. Say what?!